Our meetings (that is our 'services') despite a reformation and the passing of centuries of social changes, remain modelled on a quasi pagan ritual: the Mass.
Maybe that has some references to the early church meetings, but I wonder.

Time to meet as Christians, not post-pagans; a fresh perspective:

At our church we have the opportunity to start fresh with a new 'service' in the middle of the day (at last, a concession to we night owls who regard 9am as early morning).

Start with morning tea, for about 15 minutes, then small conversation groups: even the smallest congregations could have three; five to seven would be the max. Then you need to spawn a new meeting. The max number of people in each group would be 7 (give or take), so once the group hits 35-49 people: spawn; or change format.

The small conversation groups could spring from a Bible verse, or some Christian experience, someone's latest reading, and might include prayer; maybe starting with prayer. These would be about 15 minutes.

Next we all come together for a talk: the 'sermon' de-liturgized. This might go for about 15 minutes. Any news could be given before the talk.

After the 15 minute talk we would return to small groups: same or different from before, for prayer.

After 15 minutes we'd come back together for a couple of songs, hymns, a short devotion (a couple of minutes) and benediction.

The whole thing could run from 45 minutes to 90 minutes, depending on people's choices.

Everyone would be encouraged to join the whole show, but would know that the talk would start at a fixed time, so they could just turn up for that. In fact, people could come and go for the segments of choice, to juggle other commitments they might have.

Congregations with a liturgical background might us liturgical forms for the segments: nice to stay in touch with our important traditions.

This should be held in an acoustically 'soft' space, at tables: that is not an echo-y hall, perhaps a carpeted space with drapery and an acoustic ceiling: it should be a well designed and attractive room that is warm and inviting: that lifts the spirit. So, there's a challenge for our architects. 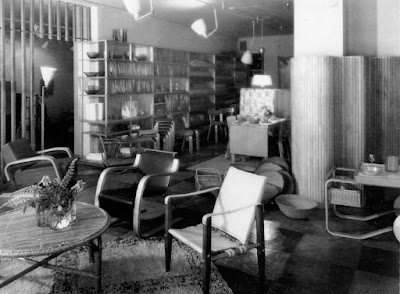 Refreshments would be available afterwards: another cuppa, with food; lunch if some wanted to stay.

Serious teaching could be at another time, in seminar format: pre-reading, or watch a short YouTube video, or listen to a podcast; a more detailed talk, then discussion afterwards for about 20 minutes. The whole thing should take an hour, ending with perhaps a song or hymn and brief benediction.

An occasional Saturday afternoon intensive might be held three times a year to further knowledge and practice. This could be celebration as well as 'teaching'. Or we all just head up to Hillsong occasionally.