I and family attended a concert performed by the Kuringai Philharmonic Orchestra recently. 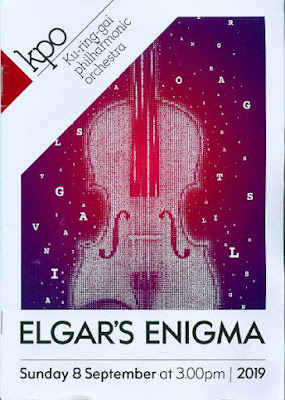 One of the pieces was Heaven is Closed by Elena Kats-Chernin.

"...the music knocks on a door, repetitively. If that one doesn't answer, try another -- but they're all closed. Perhaps heaven is full. Or it is closed for business." [The work was composed while a family member of hers was seriously ill:] "Heaven means bliss, and if it is to be found, it must be here and now, in daily being."

Kats-Chernin is attempting to deal with the effects of the cosmic alienation from God brought by our alienation from God (thanks Adam), it apparent randomness, and the threat of inconsequentiality to our lives. It appears she can only do so by shutting up 'heaven' and seeking it in futility here and now.

There is much to be said for the noble life, of bearing up under adversity. In daily being we as Christians, are mindful of being in Christ and worshipping him; and while nobility of spirit is admirable, reflective of our being in God's image, it only has existential meaning if the human spirit is known as given by God and to find its home in his company eternally. Without this it is indeed forlorn.